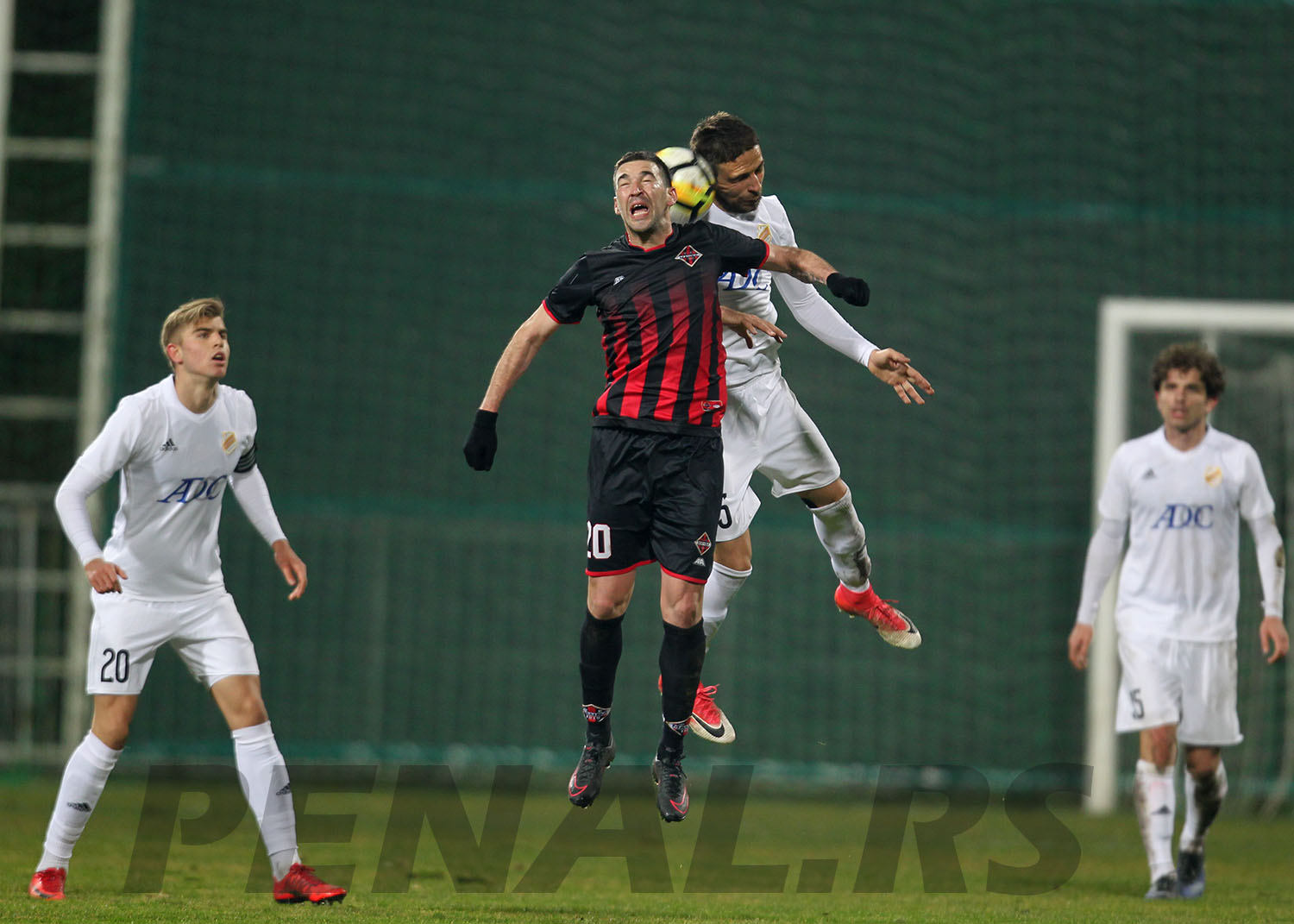 Both teams are entering in this match after a win in last round. Cukaricki has beaten Rad 3:0 while Macva has won against Napredak 1:0. Coach of Cukaricki, Simo Krunic said that his team wants to win in second game in the row and he is happy because he can count on every player in his team. Midfilder Zoric is fit after an injury and both center backs Djuric and Puskaric are in full condition for this match. Before last match, Cukaricki’s midfielder Drincic has resigned from the club. He was their important player but entire team reacted well and young midfielder Djodjevic, from Cukarcki’s academy has done a good job at midfield. Cukaricki will play in 4-2-3-1 formation, and biggest threat in their team is coming from midfielder Docic and Stojanovic, who can score from outside of the box and their winger Ovusu is in good form, he scored twice in last two games.
On the opposite side, even I thought that Macva will lose against Napredak, they have proved me wrong. They were great in this match and by some reports that I have read their win could easily be ever more convincing. Coach of Macva, Dragan Anicic was very proud of his team after last match and he said that he is hoping to repeat good performance against Cukaricki and if they do that, they can easily avoid defeat against stronger Cukaricki side. Macva will probably play in 4-5-1 formation in this game. Macva will miss in this game their left back Tosic which has a light injury. Due to the lack of deep in attack, Macva has signed former Vojvodina, Riga and Torpedo Minsk striker Djordje Susnjar who will be good reinforcement for them but we must wait to see if he is fit enough. Macva is playing defensive football and they made many fouls in every game.
The match will be played at Cukaricki stadium, capacity 4000 places. The pitch is in solid condition but the stands will not be full, average visit on Cukaricki’s matches is under 1000 visitors. Both teams don’t have strong fan base and away fans are not expected in that match. I predict a win for Cukaricki with no more than 2 goals. Last season these teams played twice, and both times Cukaricki has won with same result, 2:0.