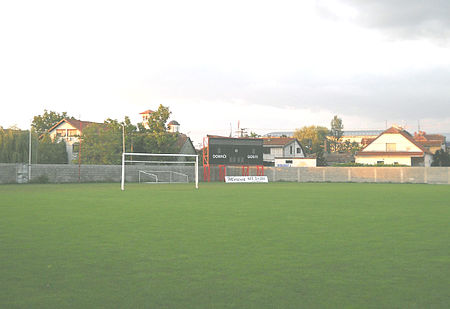 Newly promoted Proleter squad didn’t have best start of their Super league campaign they were defeated in Nis against Radnicki side (3:1) in one very nice game with plenty of chances in both sides. We can learn from that match that new coach Radojicic will continue to play attacking football, same like in last season in First League, and he will not go out defensive even against some stronger sides. In that match, Proleter missed some players as defenders Nikolic and Andrejevic and maybe that is a reason why they allowed their opponents to give them 3 goals. These two players will be probably fit for this game, and coach Radojicic will have stronger side at his disposal. Also, striker Covic had some problems this week but he will be in combination for next game against Vozdovac. We can expect that Proleter will go out in 4-4-2 formation. Coach Radojicic said that finally his team will make a super league debut after many years and that he will go out and they will try to surprise Vozdovac side.

Vozdovac started good new season with a win against Backa (1:0) and they have managed to win even they missed plenty of chances. New coach Vojinovic said that he was very happy with good start but now his team must remain focused and they want to confirm good start in next game against Proleter. In last game they played in 4-2-3-1 formation, like in last season. Main threat in Vozdovac’s squad came from left wing where Jesic was excellent and his cooperation with young striker Stuparevic lead to their only goal in this match. In their first match of new season, they started a game without their best goal scorer from last season, attacking midfielder Andrija Lukovic who is still not 100% fit but we can expect that he will start this game. Coach Vojinovic will have all players at his disposal as there are no injured or unavailable players in Vozdovac squad.

The game will be played at Vojvodina’s stadium Karadjordje, capacity 15000 places, which is in good condition. Proleter can’t be host at their stadium at Slana Bara, in suburb of Novi Sad, as the stadium does not meet criteria for Super League so they will be host all season at Vojvodina’s stadium. They don’t have strong fan base, neither Vozdovac do, so the stands will be almost empty. This game will be first mutual match of these teams, as this is debut season for Proleter in Super league. I expect that this is going to be one good match as both teams play attacking football and maybe we can expect plenty of goals. My opinion is that Vozdovac is stronger than Proleter and they will go out for a second win in a row.