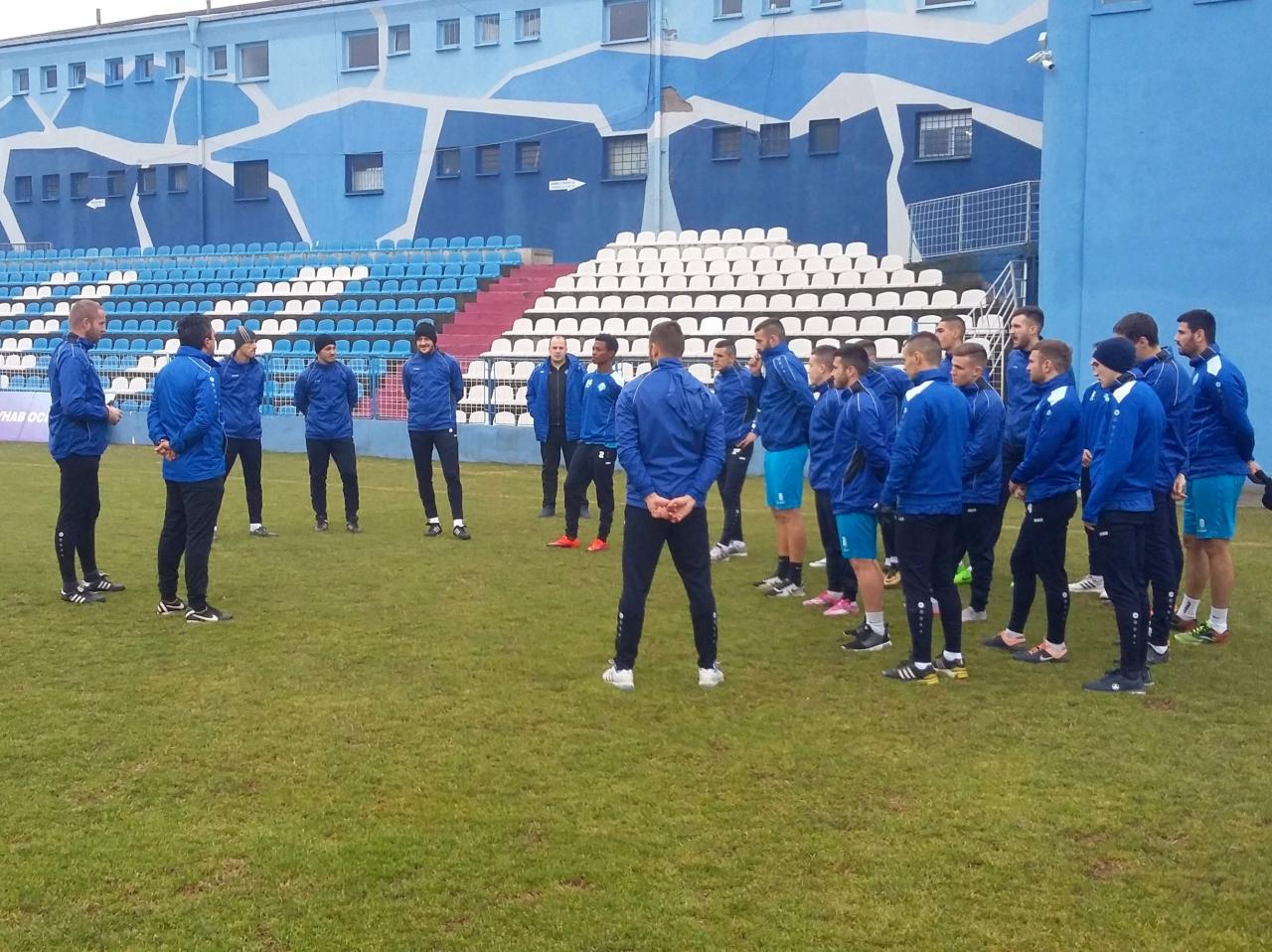 Radnik will start their new season with a tough match versus Serbian Cup winner Partizan. Home team finished last season on 9th place and they will try to be even better in this new season. They will start new season with new coach Mladen Dodic, former coach of Lokomotiva Sofia and numerous Serbian Clubs. New coach will probably play in his favorite formation, 4-2-3-1 so the team will have continuity as they had played in same formation last season. Radnik was not so active in this transfer period and they have kept the backbone of the team, and only first team player which has left the club is center back Ivanovic who moved to FK Sabah (Azerbaijan) while couple reserve player were given free transfer. New players in the club are winger Stankovic (from Vozdovac), midfielder Stojanovic and young striker Zylfiu. Their best decision is to keep their young stars, striker Zlatanovic (60 games/15 goals) and explosive ghanian attacker Kyeremeh. Coach Dodic will have only one injured player for this mathc, their new signing, right winger Milos Stankovic has broken his leg in friendly match and he will be out for 6 months.

On the opposite side, FK Partizan will start new season with their old coach, Miroslav Djukic even there were rumors that he will be released from the club. I think that that move is good decision for Partizan and the team will have same coach for second season in the row and they will not change their style of play again. Due to the fact that Partizan was not champion last season, they made some changes to their team, and they will start new season even stronger (my opinion). New players in the club are: two good strikers, Nikolic (came from Spartak Subotica, their top goalscorer from last season) and Ricardo Gomes (best goalscorer of Portugal second league 36 games/22 goals) who has already scored on his debut in a qualification for EL game vs Rudar (Mne). Also, new players are center back Valiente (solid center back, play in Barcelona when he was young) and right back Enache (Romanian international). Partizan continued to sign new players from their academy, and in new season two players will have a chance to prove themselves to their coach, left back Sehovic (played in Teleoptik last season, already made a debut in game vs Rudar) and winger Kokir. The players which have left the club are first team stiker Tawamba (moved to Saudi Arabia,48 games/14 goals) and couple of reserve players as Ostojic and Mitrovic (center backs) and left back Antonov has returned to Grasshopper (end of loan). Coach Djukic will continue to use same formation in new season, and Partizan will in offensive 4-4-2 formation. Good news for Partizan is that their most expensive player Suma (arrived in the club last winter for almost 2 millions) has started to play good on a regular basis. Coach Djukic will miss couple players in their first league game, their new striker Nikolic has injured his knee and he will be out for a month, while experienced winger Tosic is still unfit but he will probably play in league game, as the team have second round of EL qualifications and the coach Djukic will probably make some changes to the squad.

The game will be played at stadium Surdulica, capacity 3500 which has been renovated this summer as they were hosts of Cup final (Partizan has beaten Mladost Lucani there 2:0), and the pitch is in solid condition. It is possible that the stands will be full because the fans in Surdulica loves their club and they are very supportive to them and the stands are full in almost every game. These two teams played twice last season and Partizan has won two times with same result, 2:0. Partizan is favorite in this game and they are expecting a win, and coach Djukic said that he want to make a good premiere to new season, and the best way to do this is to win in a first league game of the season.