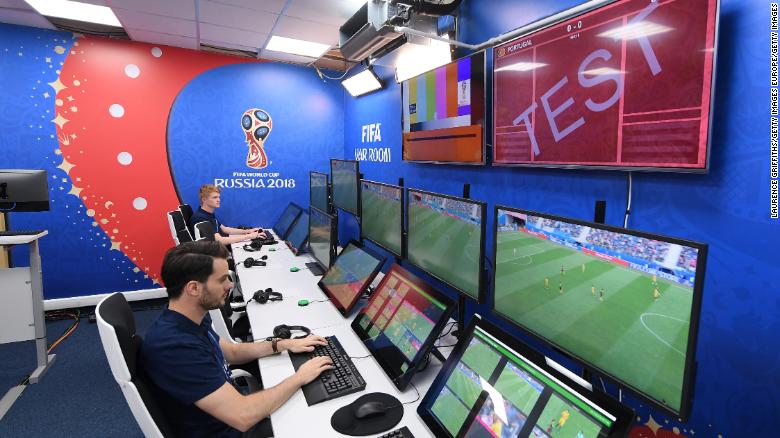 VAR or otherwise Video assistant referee is the technology that has recently caused much controversy as it is being applied to the World Cup.

VAR or otherwise Video assistant referee is the technology that has recently caused much controversy as it is being applied to the World Cup.
The technological system has many positive and negative side and is recently the subject of conversation in many television studios and major international media.
Many analysts are for using technology with which the referee does not err, but the game loses growth due to delays.

But on the other hand, its use is losing the beauty of football by turning this sport into ‘tennis’ where every decision is made after using technology.

With VAR, mistakes are reduced, but the beauty of human error loses.

If the VAR system ever existed, then after many decades you would not discuss the “Hand of God” and the so-called “ghost” that passed the fatal line but the referee’s human eye was wrong.

So football has become the most populous sport in the world because decisions have historically been taken from the human eye of the referee that could even make it wrong.

But what is VAR really?

No matter where the game is played, the VAR team is in a central room in Moscow.

The team has three assistants who have access to 33 cameras located within the stadium and 12 of them have super slow motion.

For the elimination phase, an ultra-motion camera will be installed after each goal line.

How does VAR work?

Communication between the referee and officials watching the videos can be included in two ways. If VAR assistants believe the judge has made a mistake, they can advise it through headphones.

Or even if the referee is not sure about a particular decision, he can consult with VAR assistants.

The VAR team not only looks at the footage on what the referee wants. They constantly check the “clear and obvious” errors that occur behind the scenes./Flashsport24

Real Madrid, leader of the “MVP” prize at the Russia World Cup
Low: We deserved the elimination, I take the responsibility of the failure
We use cookies to ensure that we give you the best experience on our website. If you continue to use this site we will assume that you are happy with it.Ok