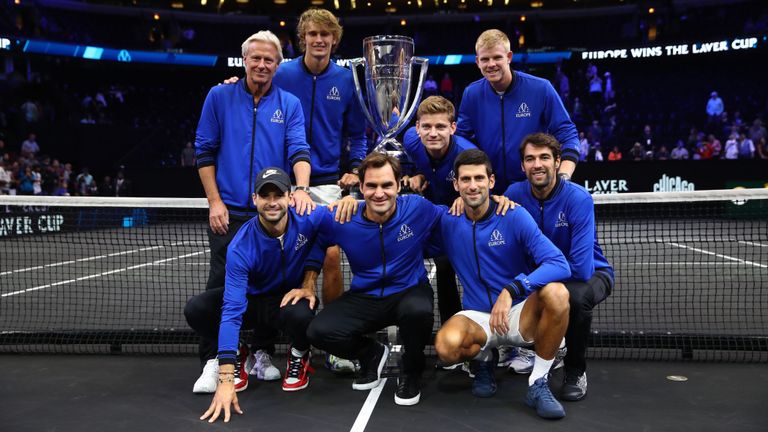 Europe wins the “Laver Cup” tournament, triumphs 13-8 to the world

Europe succeeds in winning the “Laver Cup” for men in tennis, winning 13-8 to the world.

Europe wins the “Laver Cup” tournament, triumphs 13-8 to the world

For the second year in a row, Europe succeeds in winning the “Laver Cup” for men in tennis, winning 13-8 to the world. This edition of the men’s tournament took place in Chicago, USA, where they play some of the best tennis players in the world. 2-1 success that German Alexander Zverev reached South Africa Kevin Anderson sealed the European team’s victory, which has so far been superior to this tournament.

In the ranks of the European team were part of world tennis stars like Roger Federer, Novak Djokovic and Grigor Dimitrov, who showed that they are champions of class, making the difference in matches against rivals from all over the world, such as Kyrgios, Isner, Sock etc. . The 2019 edition of the Laver Cup tournament will take place in Geneva, Switzerland (20-22 September).

Federer will play along with Djokovic in the double game at “Laver Cup”
We use cookies to ensure that we give you the best experience on our website. If you continue to use this site we will assume that you are happy with it.Ok