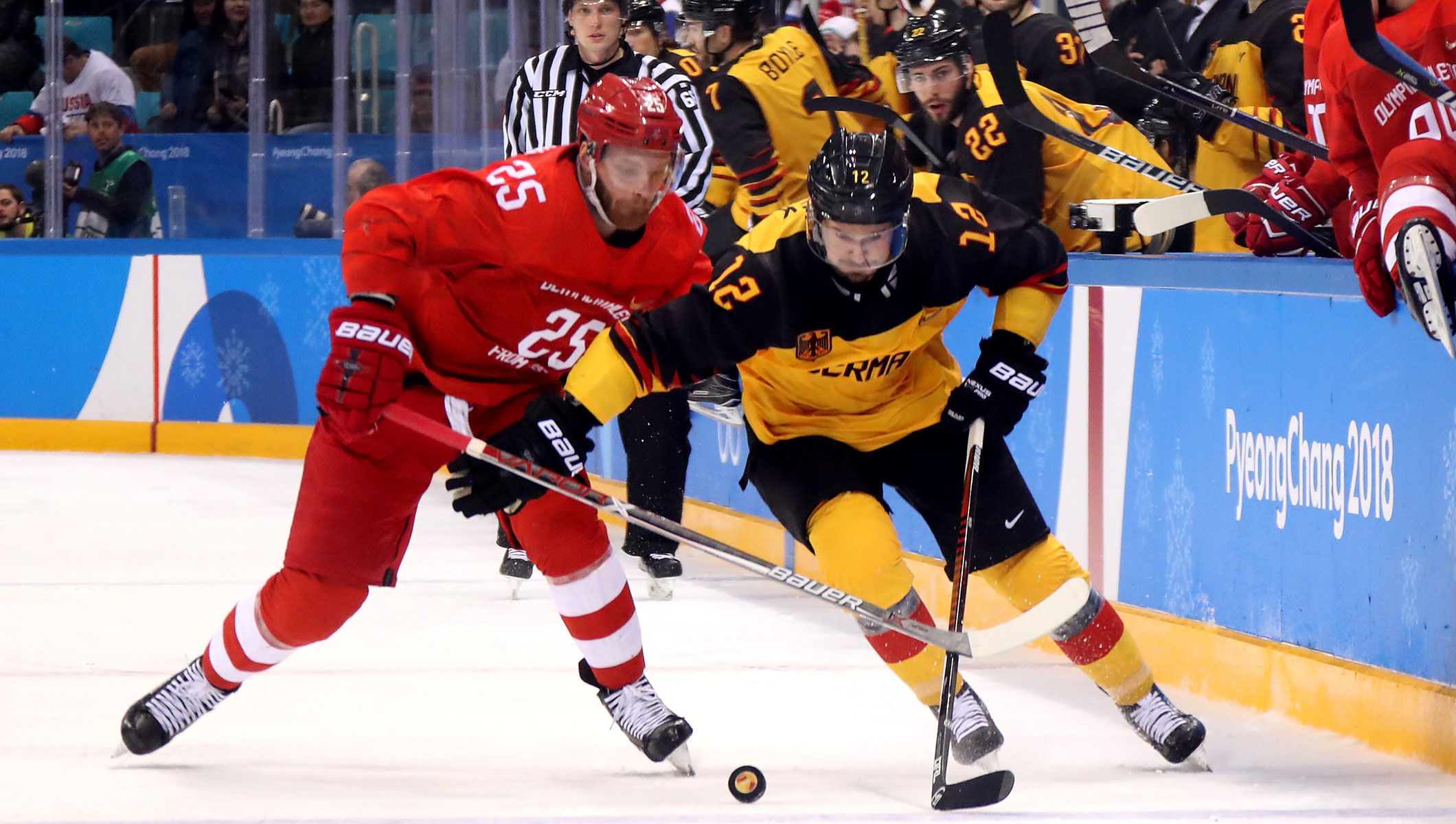 Kirill Kaprizov and Nikita Gusev are the two best players in Russia’s ice hockey team at the 4-3 win against the team of Germany on last day in Pyeongchang 2018.

Kirill Kaprizov and Nikita Gusev are the two best players in Russia’s ice hockey team at the 4-3 win against the team of Germany on last day in Pyeongchang 2018.

After the 3-3 defeat at full time (3 part 20 minutes) the game went into the extra part. In addition, an assistant came from Gusev, who had scored another 2 goals, for Kaprizov who scored the winning goal. Gusev finished the tournament as the top four-point goals and 8 assists.

After a nervous start to the match, OAR team got the better of the early exchanges and their reward eventually came with 0.5 seconds left on the clock in the first period when Vyacheslav Voinov sent a high shot past German goaltender Danny Aus Den Birken.

Felix Schutz scores from a difficult corner and reaches for Varhet Kosheckin and increases his team’s Germany teamwork that was for the first time in an ice hockey final.

While until the end of the match there was no winner Gusev scored by sending the score to 2-1 but not late and Dominik Kahun equaled the peer series in 2-2.
It seemed Germany were making a surprise when Jonas Muller scored and sent the score to 3-2. But 1 minute from the end Gusev scores again and sends the match in extra time.

Kirill Kaprizov scored from an assist come from Gusev at extra time and OAR won the title.

The Red-Hot Panthers have all the momentum right now.
Chicago Blackhawks beat the Boston Bruins 3-1 on Sunday afternoon.
We use cookies to ensure that we give you the best experience on our website. If you continue to use this site we will assume that you are happy with it.Ok