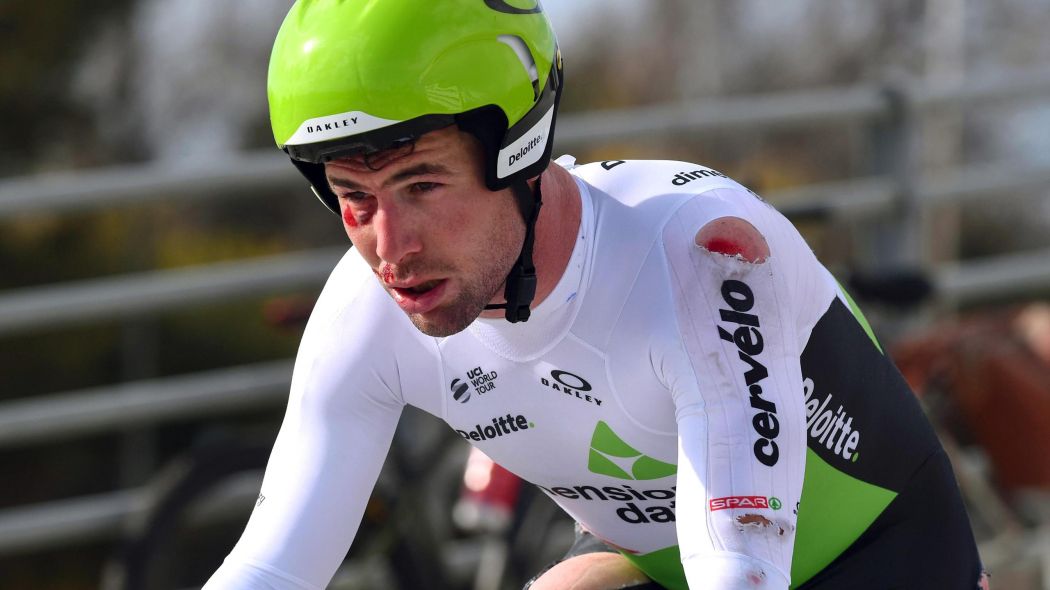 Mark Cavendish broke rib and had facial injuries in the crash of the opening stage of the Tirreno-Adriatico. on Wednesday, which also ended his participation.

The 32-year-old cyclist of the Team Dimension Data was taken to hospital due to suffering a number of injuries.

The team doctor Jarrad van Zuydam said: “He came down pretty hard at around 55km/h and he sustained multiple abrasions and soft tissue injuries to his knees, hips, hands and some swelling on his face as well.

Cavendish thanked everyone that had sent messages and he hugely appreciated that.

Team Sky say they would welcome a UCI inquiry
Doping, Froome threatens presence at “Tour de France”
We use cookies to ensure that we give you the best experience on our website. If you continue to use this site we will assume that you are happy with it.Ok