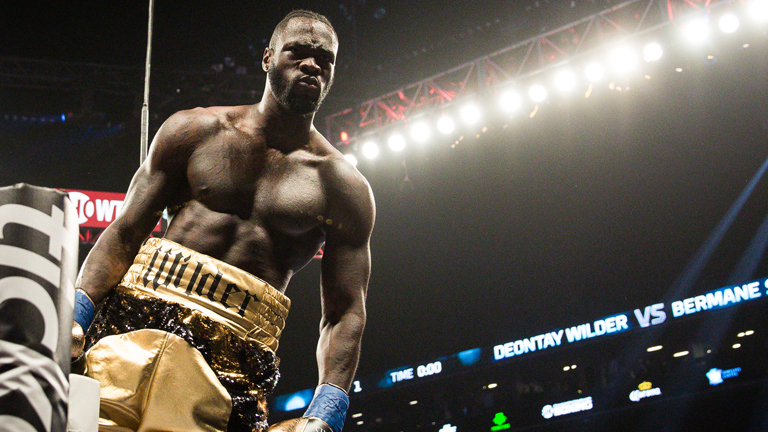 After reaching the deal to fight against Tyson Fury, US boxer Deontay Wilder did not spare British critic Anthony Joshua.

After reaching the deal to fight against Tyson Fury, US boxer Deontay Wilder, world heavyweight champion in the WBC category, did not spare British critic Anthony Joshua, the other world champion in the IBF, WBA and WBO categories.

According to Wilder, Joshua has severely damaged British boxing reputation as he refused to duel him in a duel that would unify world champion titles in heavyweights. But the American added that the one who upgraded the image was Fury, the former world champion in this Division.

Wilder said the $ 15 million bid he offered to face at the Wembley Stadium was too low, as he offered the British a lot more to duel between them in America. “I’m sorry about Joshua, a boxer who does not defend himself, but uses his manager. Already for her it is late to come to duel with me. Tyson was sorry for the Brits, who felt insulted by Joshua’s withdrawal, so decided to duel with me. This was a noble gesture, a gesture of a real boxer, “Wilder said.

Further, the American boxer said that for Joshua there is still a hope to duel with him during 2019 even though this challenge already seems difficult to accomplish. “People know that Joshua is afraid to duel with me and avoid this challenge. But after being able to beat Fury there will be no doubt about who is the best in our Division. If they will not accept it, God bless them, “Wilder said, 40 wins and no career losses, while Fury counts 27 wins and no career losses./Flashsport24

“Fury is not ready, Wilder beats for 3 rounds”
Tyson Fury: I signed the contract with Wilder
We use cookies to ensure that we give you the best experience on our website. If you continue to use this site we will assume that you are happy with it.Ok