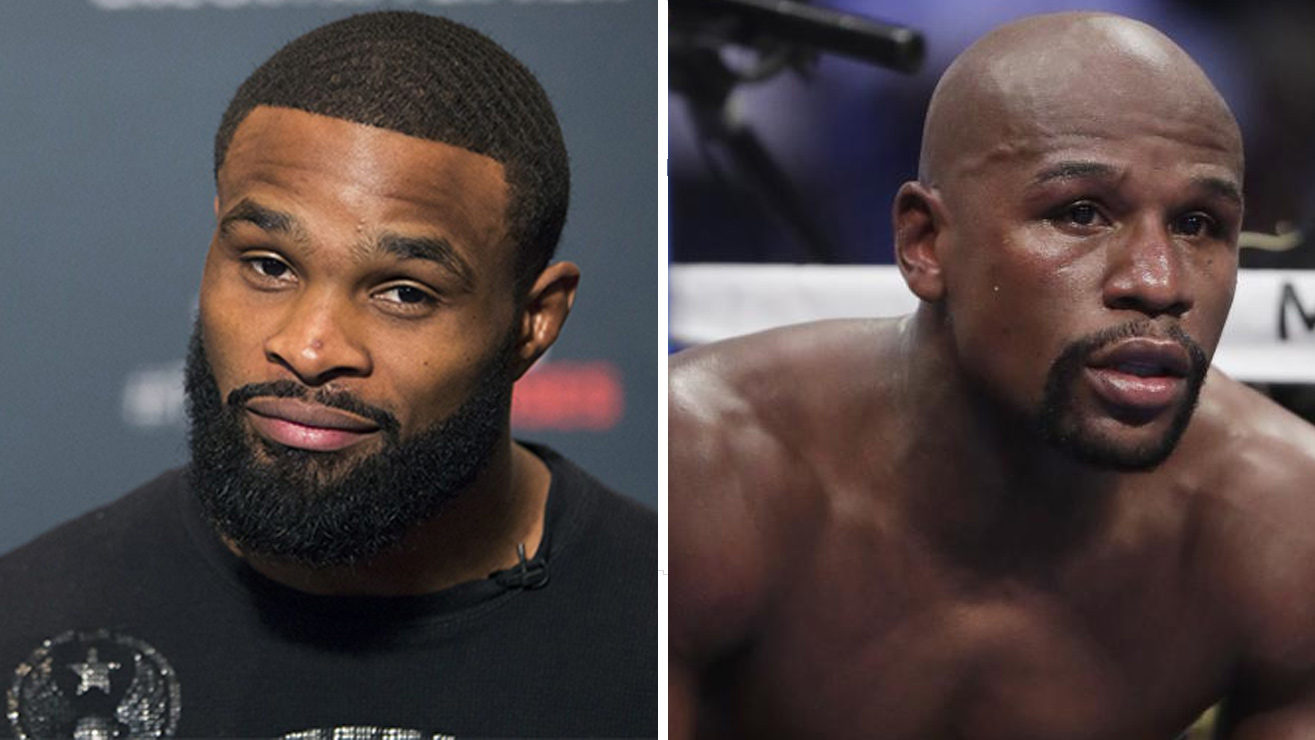 Tyron Woodley: Mayweather starts next week the training in the cage

In December, Floyd Mayweather claimed to have received an UFC bid to test a new experinece in mixed martial arts, developing several duels and earning $ 1 billion.

Tyron Woodley: Mayweather starts next week the training in the cage

Meanwhile, last week the boxing American champion announced that he would soon begin training for a potential duel in the cage, promising that after 6 or 8 months, he would be ready. The time it takes to get the license to duel in the cage and to debut at the MMA. Today it seems that everything is true and ready for this debut, as Tyron Woodley, the welterweight world champion, said that they would start training together during the week.

“I spoke to Floyd yesterday, he is currently in Miami and we just coordinated the dates to train together. We will start the training process, which will initially be a strategy game with the phone, as you have to prepare for some sports disciplines such as wrestling, kicking, jiu-jitsu, judo, and so on. Floyd has the basic principles of many sports, which he needs to combine with his boxing skills. So, I believe that next week we will coordinate drill training in different disciplines and then we will develop several sessions together, “said Woodley, while Mayweather could duel with McGregor, but in the cage this time.

Floyd Mayweather confirms his application for MMA licence for the match against Conor McGregor
Dana White: We’re working on a duel between Nate Diaz and St-Pierre at UFC-227
We use cookies to ensure that we give you the best experience on our website. If you continue to use this site we will assume that you are happy with it.Ok