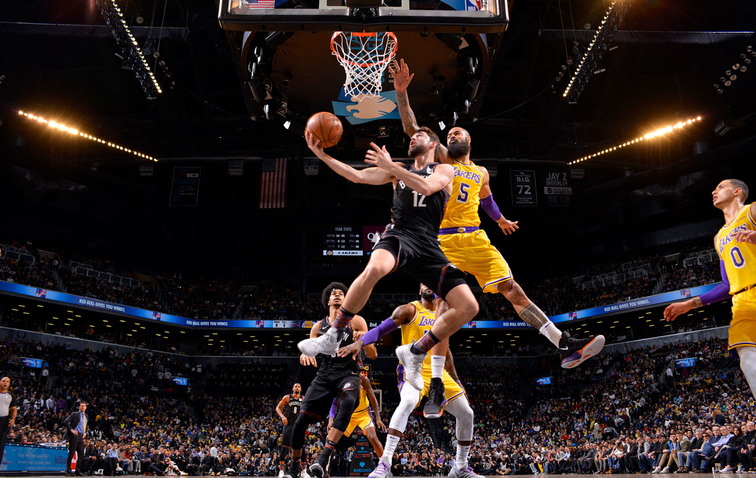 Moment not for Los Angeles Lakers at NBA. LeBron James and his friends suffered the second consecutive defeat by violating their positions in the West Conference classification.

Moment not for Los Angeles Lakers at NBA. LeBron James and his friends suffered the second consecutive defeat by violating their positions in the West Conference classification.

At Barclays Center, 16-time NBA champions were beaten 115-110 by Brooklyn Nets, having suffered the 13th defeat at 31 total matches. King James did his job properly as he scored 36 points as he contributed with 8 assists and 13 rebounds, but neither the superb performance of LeBron nor the 45-point doubles Lonzo Ball-Kyle Kuzma were not enough for Lakers to avoid this defeat. In Brooklyn, former California basketball player D’Angelo Rusell, the 22-point author, but also 13 assists and 4 recuperators, spiked.

The good form of Denver Nuggets follows, which recorded 4th consecutive success after defeating 126-118 Dallas Mavericks while keeping the head at the West Conference. Serbia Nikola Jokic was undoubtedly the best on parquet for Nuggets at Pepsi Center after achieving 32 points while adding 16 rebounds. Texas friends did not have enough 53 points for Barnes-Doncic. For Dallas it was the third consecutive loss. The negative moment is Atlanta Hawks. The Georgia team returned to victory thanks to the 118-110 success over Washington Wizards. The difference in this challenge made the game in the group of Atlanta while the crusaders did not suffice the appearance of Bradley Beal 29-point author. Stopped at 7th in the successive victories for Indiana Pacers. In Indianapolis Indiana was beaten with a close 91-92 score by Cleveland Cavaliers in a challenge where the most prominent player was the home-made Sabonis lithuanian with 17 points.

Clippers take the lead in the West, lose Spurs, Oklahoma and Boston
We use cookies to ensure that we give you the best experience on our website. If you continue to use this site we will assume that you are happy with it.Ok