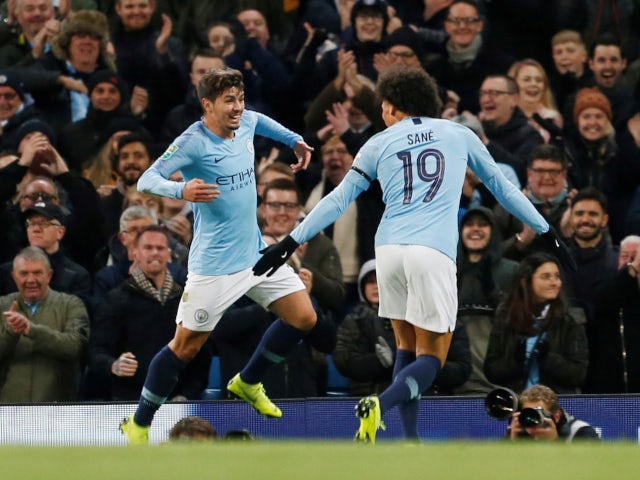 19-year-old Brahim Diaz, who compared Lionel Messi to the style of the game, is Real Madrid’s goal.

19-year-old Brahim Diaz, who compared Lionel Messi to the style of the game, is Real Madrid’s goal.

Diez is expected to join Los Blancos at the end of the season, though his coach Pep Guardiola wants to keep him.

His contract expires in June, and frustrated with the few minutes he has available, he wants to continue his career at the Santiago Bernabeu.

Reports suggest Diaz has reached an agreement with a weekly salary of € 70,000 with European champions who have guaranteed a place in the first team.

He, like Vinicius Junior, would start by Castilla to fit in with Spanish football.

Diaz is thought to be capable of being promoted to Real. He has not played any minute in the Premier League since the competition is very strong with Mahrez, Sane Silva and Sterling in the squad.

As Diaz would have noticed, it would be easier to get involved in the Real Madrid squad.

This is true love, 60,000 people in Bombonera for the Boca Juniors training!
Alcacer is not enough, Dortmund’s first defeat
We use cookies to ensure that we give you the best experience on our website. If you continue to use this site we will assume that you are happy with it.Ok