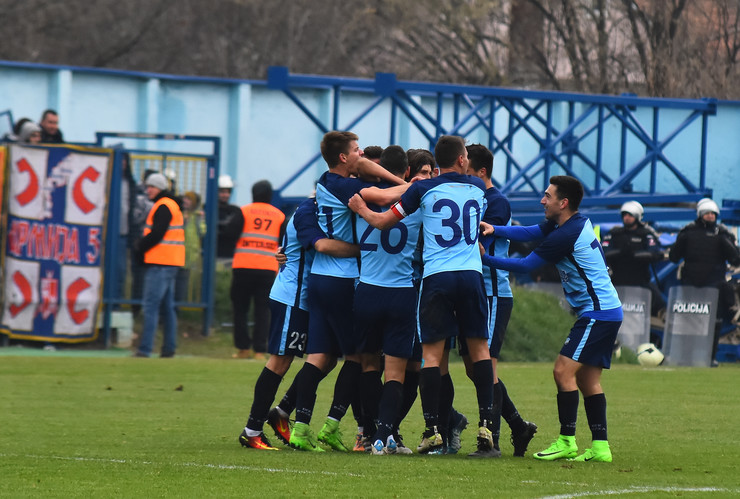 In first round of new season, Backa has lost at Vozdovac stadium 1:0, in a match where they were lucky to avoid big defeat. In this game they showed that they were more than lucky in last season and that they will hardly avoid relegation in new season. After that match coach Celar said that his team will need to give more than 100% in every match if they want to remain in the super league and he needs some fresh blood in his team. Coach Dejan Celar have all players at his disposal in this game against Spartak and he will probably play in 4-4-2 formation. Best part of Backa side are their midfielders but they need to sign some good striker who can score from the chances that midfielders Makaric and Gavric can create in every match.

Spartak side after great last season where they played attacking football, they have lost their coach Veselinovic, and at his place came coach Gacinovic who will not play the same style of football. In new season Spartak entered with weaker side, they have lost their best goal scorer Nikolic (moved to Partizan) and this is big lost for them. New strikers Djenic and Afum did not scored in first three matches and they must start to score if Spartak wants to repeat last season success. Coach Gacinovic continued to use same formation as in last season so Spartak will go out in 4-2-3-1 formation. Strongest part of Spartak squad is two wingers, Savkovic (scored 11 goals last season and 2 in new season) and Djuricin, and these two players can make some problems to every defence.

The game will be played at Backa’s stadium Slavko Vava Maletin, capacity 2500 places. The pitch is in poor condition but the stands are often full. Backa’s fans are not so noisy and they don’t make any difference on the match. We can expect some Spartak’s fans in this match due to the short relation between these two cities. I expect not so interesting match between these two teams, with a lot of fouls, but I think that Spartak will win and that Backa will hardly score a goal.