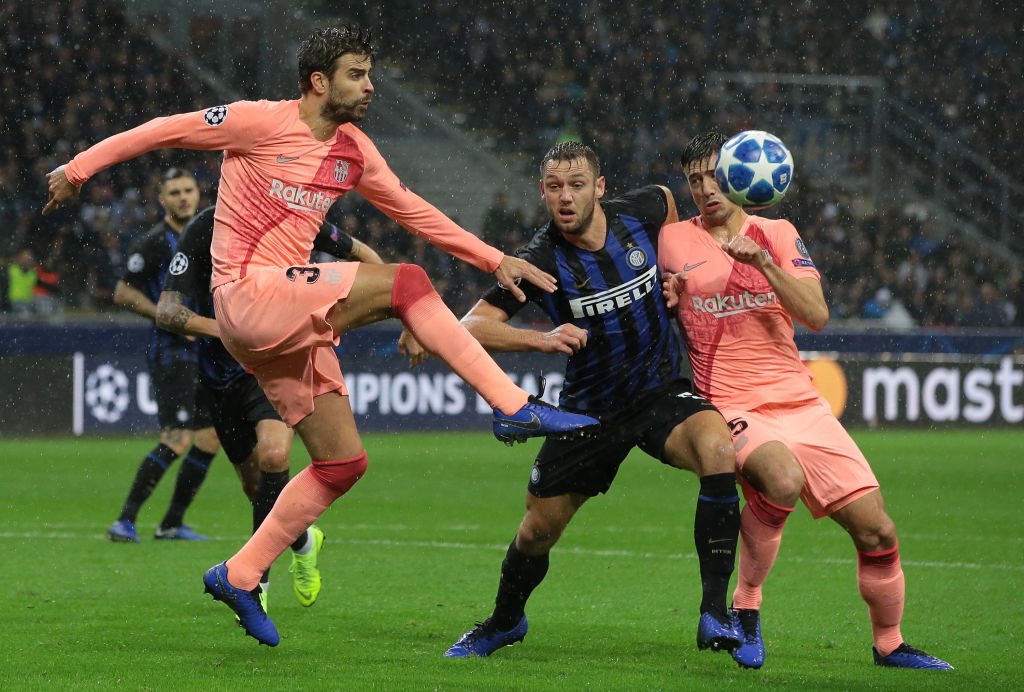 Icardi rescues Inter in the end

Inter and Barcelona have split from one point to the fourth game of the Champions League.

Icardi rescues Inter in the end

Inter and Barcelona have split from one point to the fourth game of the Champions League. It was Malcom who scored the first, but Icardi was once again the Savior of Inter in the 1-1 draw at San Siro.

Barça keeps the top of the standings with 10 points, while Inter in second place with 7 points, three more than Tottenham.
The match started at a very high pace. The teams are waiting when they do not have the ball and try to attack with a lot of strength with the ball in the possession. Barça is clearer with the ball in the foot and succeeds in creating some good opportunity to score with Suarez or Coutinho. Inter is well protected but does a lot of mistakes in stock building, while Nainggolan is not in his best day as there are moments that appear to be not part of the game.
Barcelona could have been in the lead in some opportunities, but Inter is lucky and gets into the dressing rooms with the unchanged outcome. The situation in the second half does not change much. Clear goals for the Catalan side remain, but Suarez, Rakitic, or Dembele continue to misbehave as Inter tries to do something counter-attack and kick from the bottom. But the defense of friends does not err and keeps quiet.
The one who changed the game was the Malcom striker. The Brazilian scored the lead in the 83rd minute, just two minutes after entering the field. But the advantage of the friends did not last long after Mauro Icardi equalized the result only five minutes later with a typical goal for the Argentine striker.

Tottenham has overturned everything at the end of the match against PSV winning 2-1. They were the ones who scored the first with De Jong in the second minute. But Harry Kane’s goals in the 78th and 89th minute have given the first three Spurs scores in the Champions League.

Meanwhile Schalke 04 has received a very important victory over Galatasaray. The Germans have defeated the Turkish team with a 2-0 result at Veltins Arena while retaining second place. Even Porto has done the job at Lokomotiv Moscow, defeating 4-1 and continuing to preserve the head of Group D.

Inter-Barcelona; plays the best defense against the best attack
Juventus-Manchester United
We use cookies to ensure that we give you the best experience on our website. If you continue to use this site we will assume that you are happy with it.Ok